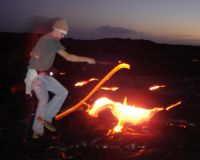 Find Other Singles In
Hawaii! 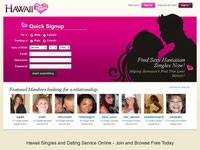 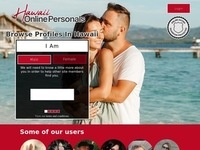 Have a Sense of Humor, Even Your Soul's Not Getting Out Ali

Have a Sense of Humor, Even Your Soul's Not Getting Out Alive I was raised without religion so much that I found it profoundly funny when other people told me they believed in this "God" thing. Being too foolish to keep my mouth shut, I tended to tell folks how silly I thought their beliefs were. This never made me many friends. I remain intensely underwhelmed by the supposed grandeur and majesty of supernatural faith, or faith in dogma (slightly different). Still, it's been occurring to me recently - as I become more conversant with all the grandeur and majesty in the natural world - that maybe the problem of is best viewed as a language issue. It's also been occurring to me to maybe not laugh at how other people talk about what's special to them. See, that whole "grandeur and majesty" thing works kind of like this: I once had a thoughtful Catholic friend, who pointed to a beautiful red and purple sunset and said "how can you look at that and not see God?" I said, "how can you look at it and need a God?" We were talking about the same thing, but our brains were just hardwired differently. We had to approach the same point from completely different angles. But of course, my angle was better. I had the better angle because mine (the atheistic angle) eventually allowed me to understand that gap - between the supernaturally faithful, and me, who only places faith in his friends and family - as simply a language barrier. So okay, though, enough meta-ecumenical spirit. The rub with me is that all that I've said above is coming from the part of me that I like, the side of me who is strengthened by my sense of humor, and who sees the follies of man and finds reason therein to love the human race because it's so neurotic. The other side of me is the mean side, the self-caricature. This is the side of me that comes from fear and panic. This is the side of me that is weakened by the sense of humor that should sustain me, like a wolf licking a knife and going blood-mad unto his death. I want someone who can help me

FIND Other Singles In
Hawaii