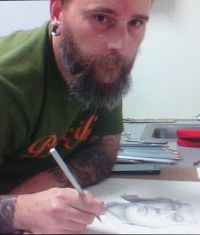 I've been an atheist since I leaed the meaning

I've been an atheist since I learned the meaning Not just an atheist, I'm an anti-theist. I was raised southern baptist but can never remember believing in a god. I had a very abusive, rough childhood that left me suicidal. I spent my younger trying to learn how to deal life. This lead me to try all kinds of things but it was Zen Buddhism that seemed to fit me best. I never was a formal member of any group, just read as much as I could and tried to live by the principles I now understand are just humanist values. I started doing home made tattoos in 1980 at the age of 13.I have been a full time professional tattooist since 1990 after opening the first tattoo studio in the area. I studied mixed martial arts with a heavy Judo side. I helped teach Judo to kids at the YMCA until forced out by an unknown arthritis. I am a true medical mystery, having seen close to 30 doctors including the mayo clinic, they have never seen anything like it before. My main symptom is muscle and joint pain though out my entire body. I try to stay as busy as possible to keep the pain away as much as I can. I focus mainly on portrait drawings now but I really like painting better.

FIND Other Singles In
Indiana 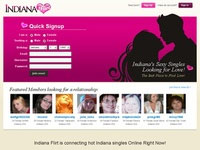 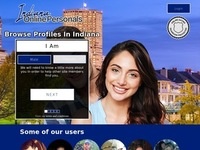