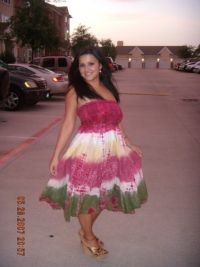 SUBLIM3 has no messages.

i spent years preparing to be a Christian missionary to the most dangerous political environments. Not because i was told to be- in fact every person i talked to tried to discourage me because it 'wasnt safe'- but because i thought Christianity was the answer to the world's problems and i cared about the people suffering more than i cared about my own safety- a sentiment apparently not shared by the christians with whom i spoke. Then on chance (though religionists claim their gods will everything), i picked up a book on comparative religion. i soon discovered a fundamental characteristic of human behavior: the man who agrees with you today is wise. The same man, who tomorrow disagrees, has overnight become a fool. As i noted the unoriginality of christianity, which objectively suggests its non-divine nature, my friends soon chose to become my enemies and they were quickly replaced by things that had thus far been alien to me: reason, logic, literacy.... And today, though i once saw what they have forever seen, i now see what they have never seen. i possess something they cannot understand: objectivity. As they grow older, they become more confident in the opinions of their parents and pastors; in their inherited predispositions. And while they have refused to even touch books on comparative religion- because ignorance is held by them in high regard- i continue to build my 5,000-book-strong personal library and am better-versed in the religions than the religionists themselves. i have found that it is the natural habit of humans to invent pseudo-justifications to believe the things they already believe, but rarely is a person able to give a real reason to believe it in the first place. Rarely do people understand where their beliefs and ideas and prejudice come from. They assume them to be innate because they have possessed them for as long as they can remember. It is no surprise that children raised to revere the Quran and pray to Allah, grow up to revere the Qur

FIND Other Singles In
Texas