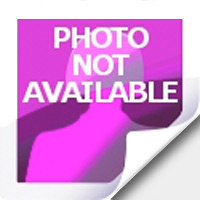 can atheists be `soul` mates?!

can atheists be 'soul' mates???? Didn't ask my friends (ok,my friend) to write something about me; instead, I asked my ex. His message to you is "my loss is your gain" (yeah, right!). My daughter says I'm beautiful (she has to earn her pocket money after all!) , my stalker says only prison would keep you away from me, and my students love me (if i beat them regularly enough with my stick!) Well, not so perfect, not 'extraordinary' but possibly 'unordinary' and I try not to over excel. I could say all the usual bah de blah of how wonderful I am but I'd rather say that I've got a few flaws & don't really like to pretend I can't have the usual negative stuff that people have. I try to eat healthily most of the time but have weaknesses for crap (it is illegal however to bring chips or white bread - especially together in a sandwich - into my house!) I didn't have television as a child so i often forget i have a television. (This does not mean I wouldn't happily become transfixed by something someone else was watching eg the simpsons, merlin or doctor who). Due to being the only girl amongst 4 males (dad and 3 brothers) I didn't learn early to be a girl hence am learning now how to love chocolate and shop (neither which I'm very keen on). You may be relieved, however, to know that I am the female of the species with all the usual parts. I'm mixed Middle Easterner/American so I'm a citizen of the world. Being part Mediterranean means that I can be hairy but so far haven't seen any on my chest or back....Have a couple of skills (ie can shuffle cards like a pro & sing one song in Italian!) I wouldn't like to live on a beach but in my local bookshop (on the other hand I don't mind tacky theme parks or riding on a motorbike at full speed,indeed, my favourite dates would probably involve the science museum or alton towers.I try to teach, but am said to be doing stand up comedy - that is, when I'm not grumpy ( I won't stab you or boil your bunny but I may be tempted to!) Now, on to

FIND Other Singles In
United Kingdom