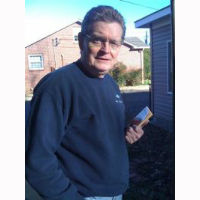 FULLMOON8 has no messages.

Atheist... using logic and commonsense I suppose I should open with this thought as you read my ad you will find out that I also have herpes. Okay, maybe I should go to another site, but not much luck there either when they find out I am an atheist so I can't win. So, I've decided that I can also be friends and if something beyond develops well, at least you know upfront. So, I have no expectations. Having both puts me in a spot of not finding anyone. As someone on this site put it... it is lonely being and atheist in the Bible belt but, then add in herpes and it's double lonely. So, I am open to finding friends and talking about anything, so write and let's talk never know where it might take us. I live in a small town in NW Tennessee about 100 west of Nashville or about 120 miles NE of Memphis. I am looking for a woman 58-65 a little under or over... but you decide. I prefer her to be about average in height and weight. A nonsmoker, no drugs, prefer no pets (allergic to cats) and prefer you either don't have kids or they are grown and on their own. The photo is early 2007, now that you have seen mine it's only fair that I see your photo! I will try to post a more recent photo and if I do it is early 2013. Second photo holding book is spring 2013. I suppose my driving distance is about 4 hours... however, I can not relocate. But, no matter what I write if you do not accept the fact that I also have herpes (since 1977) there will be no point in saying much more. Remember, we are both atheist. On other sites I have found women who will accept herpes, but not atheism and other sites who will accept atheism, but not herpes. I am now 67 and retired. Spend time with my art (painting) and some writing. Stay up with local politics and on going local issues. So, you decide. If you would like to know more write and we will talk.

Their Body Type
slim, slender, fit, average, athletic, a few extra pounds
Movies
action, sci-fi, bollywood, romance, horror, drama, comedy
Orientation
straight
Their Ethnicity
Caucasian
Relationship
widowed, single - never married, separated, divorced
Have Kids
yes - grown and out of the house, no - do not want kids
Their Education Level
college grad, high school grad, some college
Do they smoke?
no - will not date a smoker
Do they drink?
socially
They currently live
alone
Religious Views
Agnostic, Scientology, Atheist, Not Religious, Not Religious, but Spiritual
Drugs
prescription only
They are looking for
soulmate, romance, relationship, dating

FIND Other Singles In
Tennessee 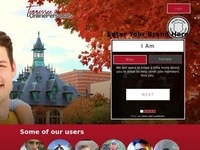