Find Other Singles In
Georgia! 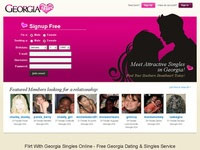 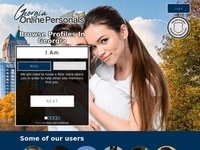 Agnostic Atheist Gal Seeks Freethinking Guy I'm a recovered Southern Baptist who started questioning as a child despite being raised in a deep water believing family. I struggled with trying to make their brand of Christianity make intellectual sense, then tried to find ANY sort of Christianity that worked, and finally did a bit of an tour through various belief systems. Paganism was fun! But nothing was actually intellectually satisfying, so I finally admitted that I'm an agnostic atheist. Otherwise, I'm a geeky gal seeking a companion who also enjoys books, music, roleplaying games, movies, computers/the internet, and getting into/staying in shape. I'm open to learning about other pursuits, too! I'm hoping that you are a strong man who can be in charge and protective without being abusive, a gentleman who respects a lady with some old-fashioned notions. You understand that assertive doesn't mean aggressive, and appreciate the value of a strong, intelligent partner.